We’ve re-branded! Welcome to the new Unique Venues experience – keep meeting to your own drum! 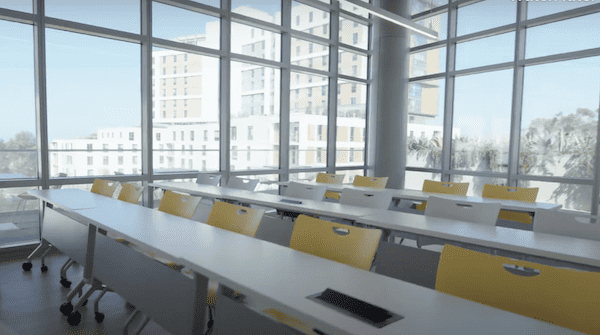 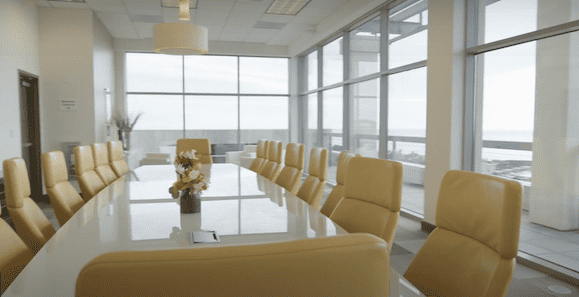 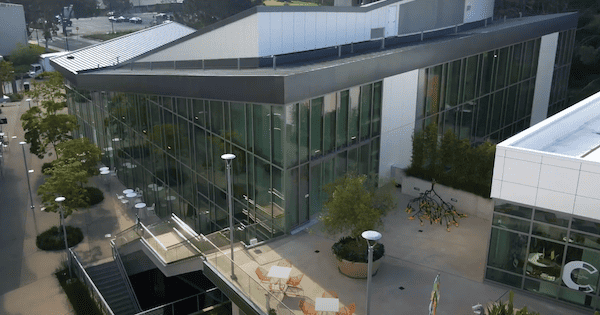 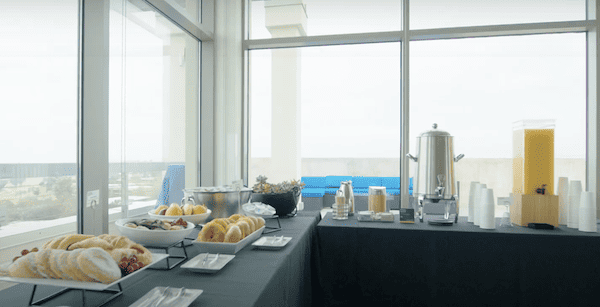 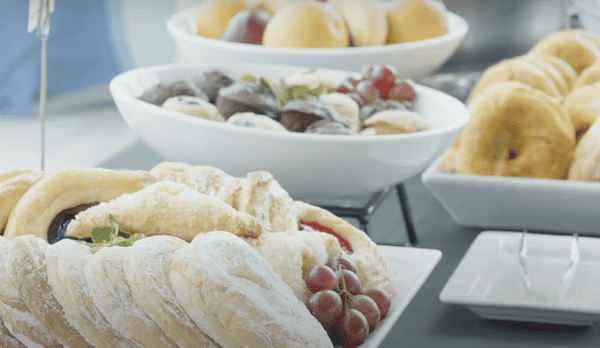 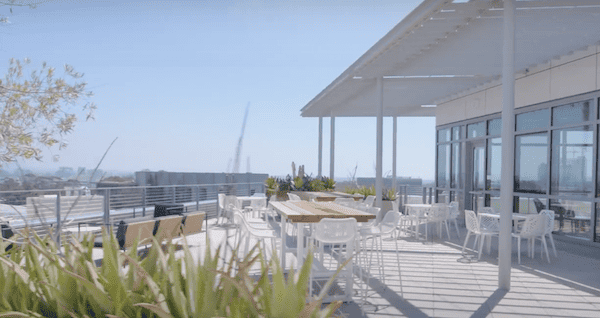 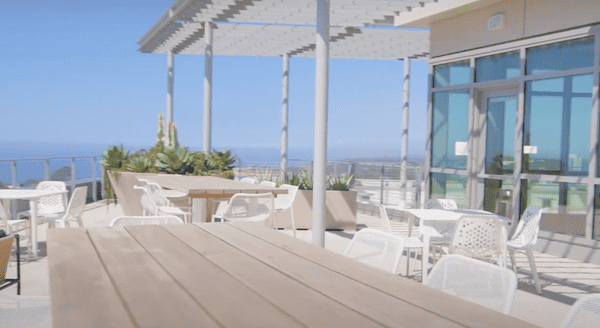 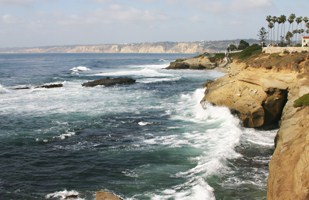 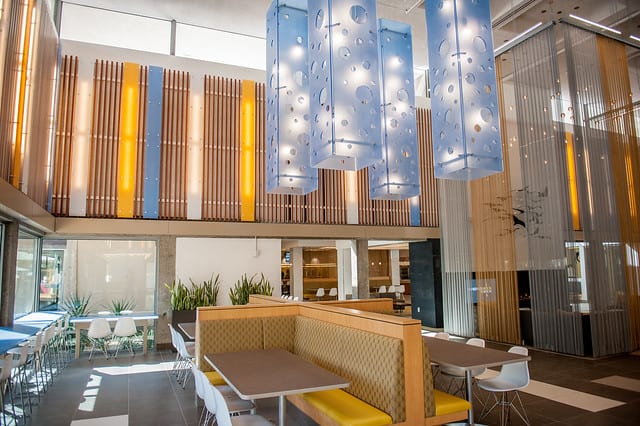 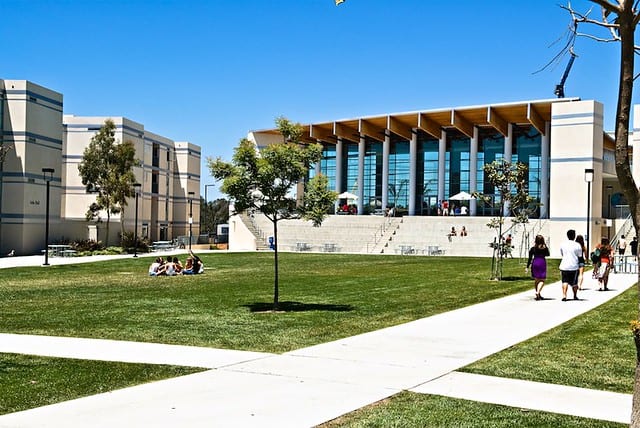 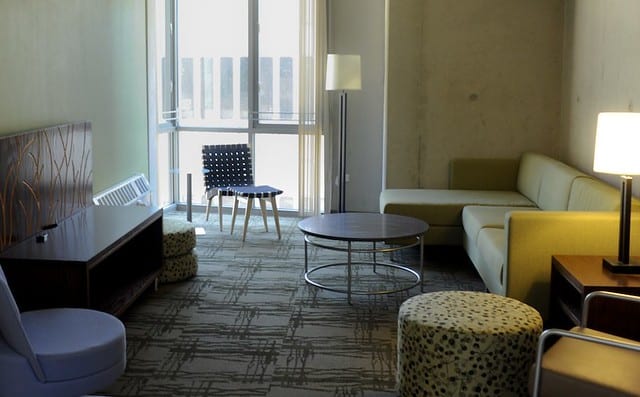 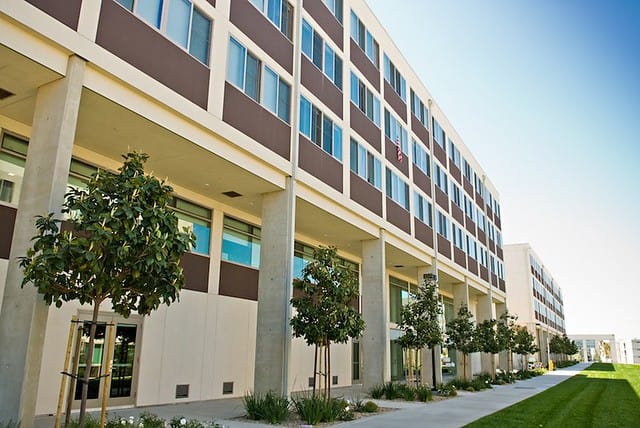 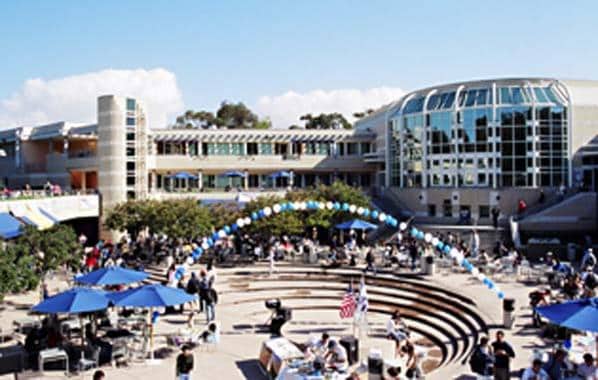 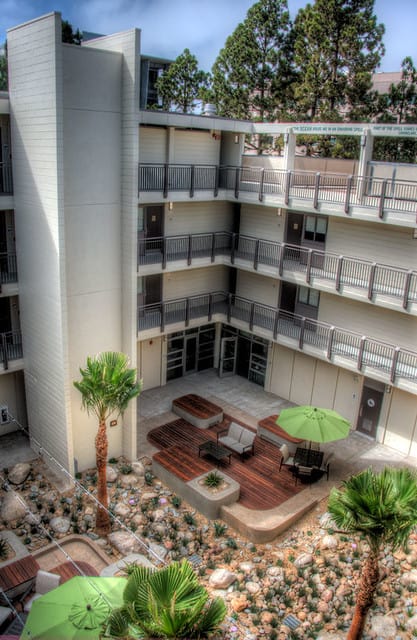 UC San Diego is located just 12 miles north of downtown San Diego in the coastal community of La Jolla, California. Located atop a cliff overlooking serene beaches and coastline, the University of California San Diego is considered one of the most beautiful campuses in the state boasting giant eucalyptus groves, spectacular views of the Pacific Ocean, and wide open outdoor spaces.

With seven housing communities offering unique and distinctive Housing and Dining accommodations, UC San Diego offers an array of residential spaces, meeting rooms, recreation facilities, and more to provide an inclusive setting for any La Jolla, CA event. UC San Diego offers value-priced package options that include meals and lodging as well as the option to create a customized program.

Besides its breathtaking architectural design, it also has an adjacent patio facing the Pacific Ocean. Perfect for an elegant catered dinner or perhaps a casual barbeque. 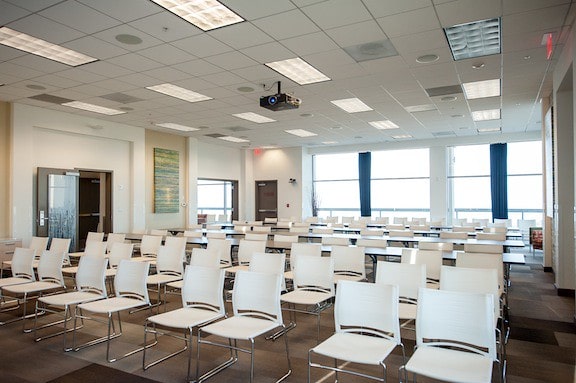 Located on the north end of campus overlooking Torrey Pines, Meeting Rooms on Fifteen is a convenient way to impress employees or guests without leaving the University. The space is ideal for the smallest of meetings to large social gatherings, with flexible seating arrangements and the latest in high-tech audio/visual equipment.

Ballroom with a built in stage.

The Price Center West Ballroom A

Located on Level 2 of Price Center West. This is the smaller ballroom out of Ballroom AB.

The Price Center West Ballroom B

Located at Eleanor Roosevelt College, near the Great Hall, these four rooms are excellent for break out sessions and smaller meetings. Media and audio visual equipment for events can also be provided.

The performance home for the University Events Office, UCSD Music Department, the San Diego International Film Series, and many other performing arts organizations. 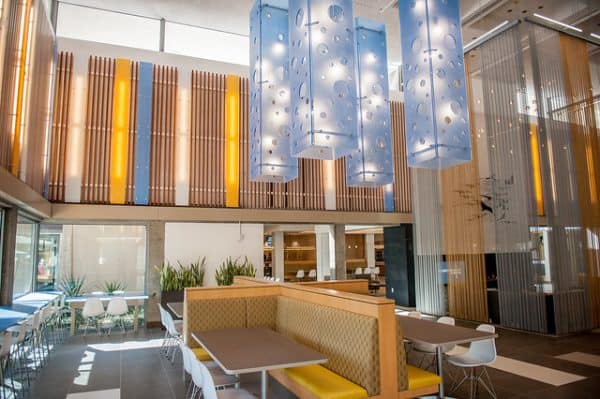 64 Degrees, one of the newest dining facilities, serves an all-you-care-to-eat menu and boasts a beautiful ambiance, with floor to ceiling windows and modern furnishings.  64 Degrees is the neighborhood dining location for the Revelle Campus. 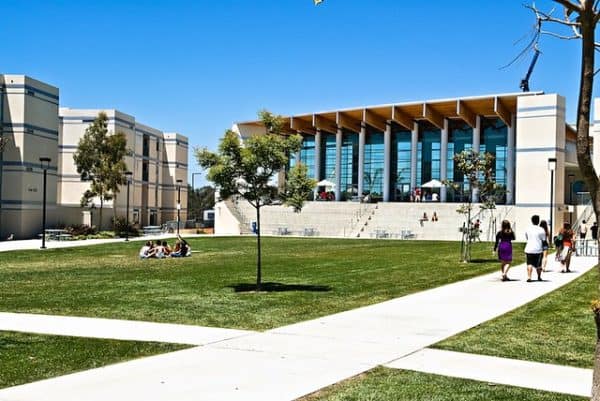 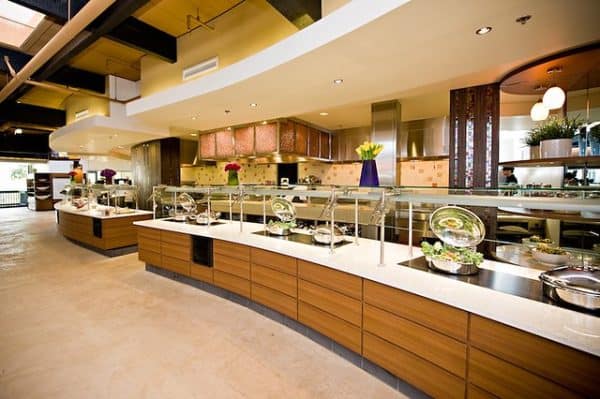 Pines, located in the center of the Muir Housing community, offers customers an all-you-care-to-eat menu in a lofted, open concept space with tons of windows and saturated color. Pines services the Muir Housing Community as well as commuter students and staff with its proximity to classrooms and other meeting spaces.

Welcome to UC San Diego Catering, the preferred campus caterer. From concept to completion, our personalized service, event coordination, and knowledge of the university is second to none. Whether crafting a small private luncheon, a conference buffet meal, or elegant fundraising dinner for hundreds, our experience with custom menu creation and execution of service always leads to rave reviews.

The ERC residence halls are made up of 4-story buildings which surround the Green. A mixture of single and triple occupancy rooms, the suites can house up to 16 guests, each of which has its own kitchen and living area with a west-facing terrace.

The ERC apartments, in suites of 4 guests, include sizeable kitchens and living rooms; the lower levels with sunken gardens and upper levels with terraces. Housing units typically face onto public plazas and courtyards to encourage interaction between residents, and create a sense of community within the campus.

Marshall residence halls are made up of suites of triple, single, and double rooms that surround a spacious common area with a living room, large bathroom, and a patio.

Located across the quad are two apartment complexes, Tamarack and Tuolumne. Tamarack Apartments is housed in a 9-story midrise apartment building complete with elevators and LEED Gold Certification. Accommodations include living rooms, kitchens, and bedroom space for up to 6 guests in combinations of single and double rooms. Tuolumne apartments house up to 5 guests with a living room, a small kitchen, bathroom, storage room, one double bedroom, and 2 or 3 single rooms.

Revelle residence halls are primarily made up of double and triple bedrooms and are arranged to promote social interaction among residents. Residence hall suites feature two bathroom stalls, two showers, and three sinks, as well as common area lounge spaces.

The Keeling Apartments are made up of 3 towers with views of the Pacific Ocean to the west and Mountain ranges to the east. The buildings are complete with elevators and LEED Platinum Certification. Apartments accommodate up to 6 guests, with a combination of single and double bedrooms. The apartments boast full-size kitchens and living rooms.

Apartments feature a kitchen, outdoor patio, dining room, and living room, as well as a mix of bedrooms.

The Village community features a total of 13 buildings, two of which are high rises with incredible ocean views and four low-rise eco-flats. All of the resident apartment homes feature modern amenities, a sleek design aesthetic, and innovative sustainable amenities—which were key to earning its LEED Gold Certification.

Guests may also be housed in two bedroom apartment units complete with living rooms, kitchens, and bathrooms that accommodate up to 5 guests.

From the first steps in planning to the conclusion of your program, our specialists manage numerous logistics and guide you through every aspect of your event including airport transportation, catering and menu planning, social programs, and more!

Hospitality and Conference Services offers a variety of web registration packages to fit the needs and budget of any conference group. Packages are available to UC San Diego Departments, Affiliates, and Summer Conference Groups.

Contact Us
© 2023 Unique Venues. All Rights Reserved.
We use cookies on our website to give you the most relevant experience by remembering your preferences and repeat visits. By clicking “Accept All”, you consent to the use of ALL the cookies. However, you may visit "Cookie Settings" to provide a controlled consent.
Cookie SettingsAccept All
Manage consent

This website uses cookies to improve your experience while you navigate through the website. Out of these, the cookies that are categorized as necessary are stored on your browser as they are essential for the working of basic functionalities of the website. We also use third-party cookies that help us analyze and understand how you use this website. These cookies will be stored in your browser only with your consent. You also have the option to opt-out of these cookies. But opting out of some of these cookies may affect your browsing experience.
Necessary Always Enabled
Necessary cookies are absolutely essential for the website to function properly. These cookies ensure basic functionalities and security features of the website, anonymously.
Functional
Functional cookies help to perform certain functionalities like sharing the content of the website on social media platforms, collect feedbacks, and other third-party features.
Performance
Performance cookies are used to understand and analyze the key performance indexes of the website which helps in delivering a better user experience for the visitors.
Analytics
Analytical cookies are used to understand how visitors interact with the website. These cookies help provide information on metrics the number of visitors, bounce rate, traffic source, etc.
Advertisement
Advertisement cookies are used to provide visitors with relevant ads and marketing campaigns. These cookies track visitors across websites and collect information to provide customized ads.
Others
Other uncategorized cookies are those that are being analyzed and have not been classified into a category as yet.
SAVE & ACCEPT

All planners who inform us of a booking at one of our venues will be eligible for our monthly drawing for a $25 Amazon Gift Card. Be sure to let us know that you booked one of our outstanding unique sites! Just shoot us an email: [email protected].