We’ve re-branded! Welcome to the new Unique Venues experience – keep meeting to your own drum!

Donald served previously as the Director of Strategic Business Connections at Carnegie Mellon University. There, he worked with Start-ups, Alumni Relations, and at the intersection of the wider business development ecosystem at the university.

Donald earned his master’s degree in Public Management at Carnegie Mellon, specializing in Economic Development. He holds a bachelor’s degree in History and English from the University of Pennsylvania.

Donald hosts a Podcast called Pittsburgh Tomorrow (www.pittsburghtomorrow.com) for the Pittsburgh Quarterly Magazine. He interviews business, government, academic, non-profit and thought leaders in Pittsburgh, around Pennsylvania, and those interested in Pittsburgh, nationally and internationally. Episodes are also available on the Apple and Spotify Podcast platforms.

He spent 7½ years as a Regional Coordinator in the Commonwealth of Pennsylvania’s International Trade Program. There, he acted as an international business consultant, helping over 60 companies to export products and services around the world. He recruited for and participated in numerous state and federal international trade missions. Nine of his client companies won the PA Governor’s Export Excellence Award, another won the PA Governor’s Foreign Direct Investment Award. Three client companies won the Department of Commerce’s Export Excellence Award.

He has served the past seventeen years as a member of the U.S. Foreign and Commercial Service’s District Export Council in Western Pennsylvania, by appointment of the U.S. Secretary of Commerce. He is also member of the U.S. Global Leadership Coalition’s PA Advisory Board.

Donald grew up in his family’s 41 year old grocery store, Mr.Food, in Johnstown, PA. He worked there growing up and later returned to help his parents manage it, in his early adult years. 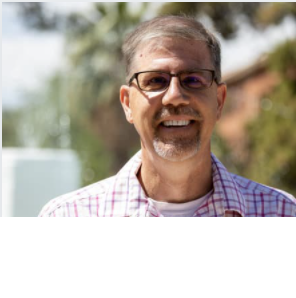 Joel Hauff, Director of Research, Education, & Consulting, Unique Venues
Joel joined Unique Venues as a full-time staff member on January 1, 2020. He has been engaged as a consultant for Unique Venues 20 times since 2015 and now leads the consulting services team. Prior to joining Unique Venues, Joel completed a 25-year career at the University of Arizona in Tucson where he retired as the Associate Vice President for Academic Initiatives and Student Success. Throughout that career, he served primarily in management, financial, and operational roles for large, auxiliary departments such as Housing & Residential Life and the Arizona Student Unions, and in administrative leadership roles for Arizona Online and the Arizona Distance Campus network.

His background in conference services includes six years as the Conference Services Manager for the UA, 11 years of service to the ACUHO-I Conference Services Workshop committee, including two years as Chair, and the delivery of multiple presentations to ACCED-I, ACUHO-I, NACAS, ACUI and ResLife.Net on topics related to the business and operational side of collegiate conference services. 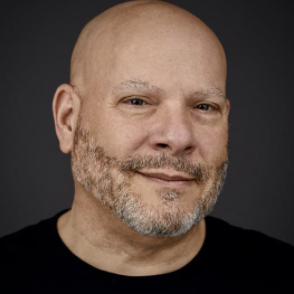 Prior to working at Unique Venues, Chuck served as the Assistant Vice President for Conference and Auxiliary Services at the University of Pittsburgh’s Johnstown campus. There, Chuck led the effort to develop and grow the award-winning Conference Center at the University of Pittsburgh at Johnstown. It is here, that his passion for exemplary customer service standards was born.

Chuck is co-owner of Event Guru Software, a cloud-based event management software system designed for small to medium size conference and event venues. The system manages the entire life-cycle of an event from proposal to invoice and everything in between.

Chuck is a highly sought-after speaker and educator for professional development for higher-education based hospitality professionals. Areas of expertise include building sustainable marketing and sales plans, developing a culture of customer service, branding and storytelling, and maximizing event and conference operations.

More speakers and educational sessions will be announced soon, keep checking back for updates!

MEET TO YOUR OWN DRUM
At Unique Venues we believe that at the core of being unique is inherent inclusivity. We celebrate the notion that people gather for different reasons and that audiences are filled with humans of every race, gender expression, spiritual belief, sexual orientation, age, political leaning, and more.
Let Us Help You

Contact Us
© 2023 Unique Venues. All Rights Reserved.
We use cookies on our website to give you the most relevant experience by remembering your preferences and repeat visits. By clicking “Accept All”, you consent to the use of ALL the cookies. However, you may visit "Cookie Settings" to provide a controlled consent.
Cookie SettingsAccept All
Manage consent

This website uses cookies to improve your experience while you navigate through the website. Out of these, the cookies that are categorized as necessary are stored on your browser as they are essential for the working of basic functionalities of the website. We also use third-party cookies that help us analyze and understand how you use this website. These cookies will be stored in your browser only with your consent. You also have the option to opt-out of these cookies. But opting out of some of these cookies may affect your browsing experience.
Necessary Always Enabled
Necessary cookies are absolutely essential for the website to function properly. These cookies ensure basic functionalities and security features of the website, anonymously.
Functional
Functional cookies help to perform certain functionalities like sharing the content of the website on social media platforms, collect feedbacks, and other third-party features.
Performance
Performance cookies are used to understand and analyze the key performance indexes of the website which helps in delivering a better user experience for the visitors.
Analytics
Analytical cookies are used to understand how visitors interact with the website. These cookies help provide information on metrics the number of visitors, bounce rate, traffic source, etc.
Advertisement
Advertisement cookies are used to provide visitors with relevant ads and marketing campaigns. These cookies track visitors across websites and collect information to provide customized ads.
Others
Other uncategorized cookies are those that are being analyzed and have not been classified into a category as yet.
SAVE & ACCEPT